For a brief introduction to the history of the club,  you can download the 130th Anniversary Brochure which has a short article bringing the history right up to date, as well as articles about Women in the Wheelers and possibly the most well known of all the Wheelers, Reg Harris. Find out more about Reg and other notable members in the additional links.

A History of Manchester Wheelers’ Club 1883-1983 by Jack Fletcher

The documents below represent a complete transcription of the book “A History of Manchester Wheelers’ Club 1883-1983”. The book was first published in 1983 on the occasion of the Centenary Dinner, marking the 100th Anniversary of the founding of the Club. It charts the rise of Manchester Wheelers’ from its beginnings in Hulme, through the war years and the Reg Harris era, to the heady days of success during the 1980’s. It is a valuable piece of local history and a fascinating read. 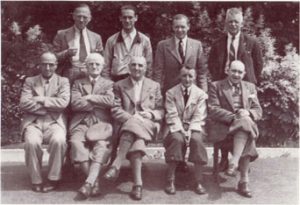